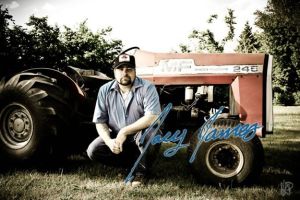 “If you don’t dream big, then why dream at all?” proclaims Joey James to his fans. From the first note played, Joey James made it apparent to everyone he belonged on stage. From small town boy, to U.S. Navy Veteran, to lead singer of his own country band, this blue collar boy has given his all in every step he has taken in life. Every performance for Joey James is an honor and brings life to his dreams. His energy on stage is next to no one as he follows the footsteps of his longtime favorite country artist and performer, Garth Brooks.

He credits his struggles to making him a stronger and better man, and when you have the opportunity to meet Joey James, you meet a man who is most genuine and good-hearted. Through his many tests and trials, Joey has stayed resilient and continued to follow his dream with passion to pursue his music career.

The Joey James Band made their debut at Duffy’s Hangar in Salem, Oregon and exploded into the music scene ready to provide good country music. As a songwriter, Joey has now compiled more than 2,000 full song lyrics. It paid off because in 2012, Joey James signed his first professional contract with the record label TMG music out of Oklahoma City. 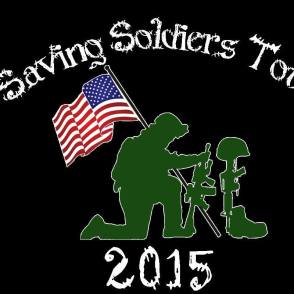 The music he writes truly speaks to the hearts and souls of every intrigued listener. Through his words are messages of life, love, trials and tribulations, hope and despair, and every reach of human emotion a person could touch on. He is a steadfast strong foundation to the local community and always takes steps into helping people in need. His music has touched hearts of those in nursing homes, Relay For Life events and disabled veterans, as he gets ready to embark on his first national tour this spring, The Saving Soldiers Tour.

A. “It started in my teenage years when I was song writing. At age 19 I joined the Navy and served four years during Iraqi Freedom. I met a lot of cool musicians onboard there. We started playing music together; I was the writer and the singer. We had a great time and won some competitions around the area, we even got to open up for Diamond Rio. Then in 2004 my daughter was born so I took a little break from music and about five years ago restarted my music career. I launched my first band called Joey James and the Massey Ferguson’s. Then in 2011 I launched the Joey James Band.” 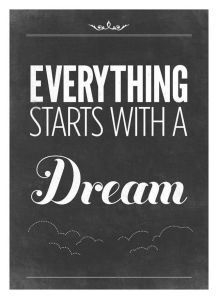 A. “I am the only musician in my family, but my Grandpa taught me a lot about life. He was my ultimate mentor in life. From him, I learned to never give up on your dream. One of the phrases I tell my fans is, ‘If you don’t dream big, then why dream at all?’ That’s something I strongly believe in to this day. I want to make sure everybody realizes that in life you keep plugging away, you keep going. That’s what my Grandpa taught me, to never give up.”

Q. You credit struggles to making you a stronger and better man. Through many tests and trials, you have stayed resilient and continued your dream and passion to pursue a music career. How do you overcome any obstacles or setbacks in life and how does your music play a role?

A. “I believe in God, so my strong faith gets me through any of the troubles in life. I have an 11-year-old daughter and amazing girlfriend who I live and die for. They’re inspirations to my music because everything I do is for them and for the fans. When you come to one of my live shows, everybody knows I am directly singing to them. Everybody feels that song in them. A lot of my fans have become my inspirations; I love my fans. They say kind words and there is nothing more humbling than to watch your fan base grow and being able to thank them everyday.” 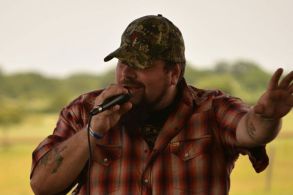 A. “I get a lot of folks asking me how to start off their career. If they want to be a lead singer I tell them they have to be able to get in front of a crowd. You have to be able to stand up in front of people and be brave to sing. Don’t worry about what other people think of you, do what you do best. I tell folks to be as original as you can, try to have some sound that nobody else has. You can do covers forever, but until you break away from the covers and be your own, nobody is going to know who you are. You need to be your own person. Whether you’re writing or somebody is writing for you, whether your making your own sound or other folks are helping you play. The major focus is to be original, not be afraid to get in front of people and never be scared of what they think of you because if you are you’ll hurt yourself along the way and never get to where you’re going.”

Q. Can you tell me more about your musical inspirations about country and life?

A. “I am a huge Garth Brooks fan, I grew up listening to him. Now, I really like the Zach Brown Band. I like to put my music in the realms of the two; they are probably the biggest influences on me. I like Garth Brooks because he has stories in his songs and was a great entertainer. Zach Brown has a cool new sound with a great band behind him. I was talking about having your original sound. I don’t directly feed off an artist. They inspire me in a way, but with my own writing it’s all from life experience. I write about special things or hard things in my life. A song to me is a three-minute book, you’re telling a whole story in three minutes. You have to have the subtleness and the dramatic parts in the song to catch people’s ears.”

A. “My biggest thing is doing shows for our veterans and cancer research. One of the shows that stick with me is the one we did for Relay For Life for cancer survivors in Oregon. They asked our band to play during the half mile run. It was awesome watching the people come in during the finish lines and watching their emotions. Afterwards we gave them big hugs, knowing they went through something really hard in their life and survived it. For me, that’s special.”

Q. At the beginning of a year, many people make resolutions or goals. What are some goals you have for your career over the next year or on into the future?

A. “Having major record labels call you and be interested, that’s great, but ultimately my goal is to own my own record label and produce my own music with the hand picked musicians I have, with the producers I want to work with. I think that should be every musician’s goal, but some people are satisfied with being signed and letting others decide their careers. I would much rather start my own label.”

A. “In the summer of 2015, I will be releasing my first professional album. Fans can presale order the album for half price. I am excited for my fans to hear the new music. In March 2015 we go on our first national tour, The Saving Soldiers Tour. The Saving Soldiers Tour helps disabled veterans and family members with raising money to get them service dogs, new houses and to restructure their lives from their injuries at war. I am a veteran so it’s really special to me. We have some major headliners, as an up and comer I look forward to opening up for them and raising money for our heroes. My goal is for the continued success of this tour. It’s a major ordeal I’m taking on and I want to see it last. I want to see folks help our soldiers out.”

Take the pledge now to raise funds for disabled veterans by pre-ordering The Joey James Band’s debut album, Striking A Match at http://www.pledgemusic.com/projects/joeyjames.

By pledging to preorder the album now, you’ll guarantee yourself the digital download of it before it is available anywhere else. You’ll also get access to some really fun videos and pictures and even sneak peaks at the songs from the studio. You could even come hang in the studio for a day! Anything you order comes with the digital download and access to updates. Not only that, but 10 percent of every dollar pledged above the financial target will go towards the Saving Soldiers Tour. The proceeds from this tour will be going directly to multiple charities that help disabled Veterans. Charities include: Team Red, White and Blue, Fallen Soldiers March, Operation Bald Eagle, Patriots Paws and many more. “I know with your pledge we are going to make special things happen, especially for our true heroes- our disabled Veterans! Thank you for your support and God Bless!” Joey said.

To learn more about The Joey James Band and get information on his music and tour dates visit http://www.joeyjamesband.com.