Richard Lynch stands out in the crowd as a proud member of the last of a dying breed, the pure country music artist. His rock solid country roots span three decades. It comes up with the sun each morning, it settles in the music he writes and the songs he sings. The spirit of Lynch is attached to the workingman’s soul. It’s real and it’s timeless. It’s country, the way country was meant to be.

Living the life he sings about is what gives Lynch the edge as a singer and songwriter. He is a designer and builder of amazing barns and an American farmer. Performing at hundreds of shows a year across the country has shaped him into a one-of-a-kind performer. His style is true and it carries into his live shows. Much like his music alone, a live performance of the Richard Lynch Band is something you feel. It’s something you carry with you when you walk away.

If country music is a gift that sustains in our lives wherever we go, Richard Lynch is the messenger. Backed by a group of hand selected country musicians, the Richard Lynch Band performs a wide variety of music for the true traditionalist. Ranging from pure country, western swing, rockabilly, outlaw country and hard driving honky tonk, their performance will surely warm your country soul.

A. “My dad was a well- established country music entertainer. He played with the likes of Bobby Bare, Glen Campbell and the Osborne Brothers. I was always around that great music and influenced by my dad. At the ripe old age of eight, he invited me up to sing a song with him and his band. At that point, I was bit really hard by the country music bug, I have been doing it ever since. It’s just a thing of passion. I love the folks in country music. My direction is to keep the traditional sounds alive and well. We are pretty fortunate we’ve had a little bit of success with that direction. We are finding there are a lot of folks out there that really love good traditional sounding country music.”

Q. What or who played an important role in developing your career goals and making the decision to take fate into your own hands to pursue a career in country music? 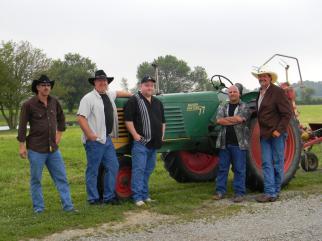 A. “I’ve always been around the agricultural way of life. I grew up on a farm. I’ve always had that farming passion as well as my music so I always kept in farming and made sure we had a good means of living. It’s a hard working occupation, but by doing that, it helped keep direction with my music. My biggest musical influences are Conway Twitty and Keith Whitley. They are the cream of the crop of the country sound that I love. Their message is real, a genuine from the heart type of story to go along with it.” 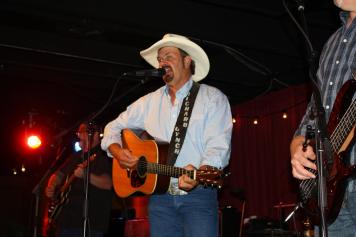 Q. What do you enjoy or look forward to most about recording or performing music?

A. “I love recording, but the most enjoyable aspect of this country music career we have chose is after the show, to meet the folks and shake their hand. We just enjoy meeting them, seeing different folks from around the country. We are just down home country folks who love a good country song. We like sharing our music with folks like that, who have a same mindset. Just keeping real country music out there today. Meeting real country folks is all the pay I really need and something I enjoy.”

Q. What is a memorable experience for you in your music career and how has it impacted you?

A. “I got the opportunity to open up for a band called Shenandoah. They had the number one song at that time called Two Dozen Roses. The crowd was amazing. We were fixing to go off stage and they asked us to stay around to watch the rest of the show. So we did and then we were going to leave when Marty from Shenandoah said, ‘You guys ain’t going no where.’ They insisted on us sitting with them, signing autographs and being part of their success. That was something really special for us, a life long memory for me. It’s something I’ve always appreciated them doing for me. When we have youngsters today at our shows, we make sure we treat them exceptionally well because we like the way we were treated.”

A. “The only advice I would give to young folks is to stick with their heart if country music is their true passion. Don’t take no for an answer. I’ve had folks tell me, ‘No you can’t do this or that.’ It makes you stronger because your determination will take you the direction you want to go. Do what you want to do, this music thing is a wide-open business and you’ll have success with it.” 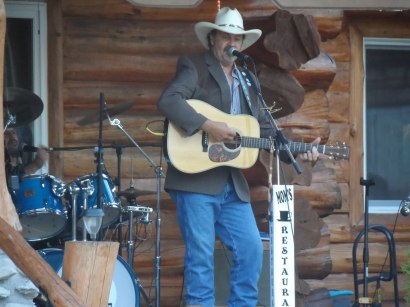 Q. Can you tell me some of your exciting plans for the rest of the 2016? What goals do you have for your career?

A. “Our schedule is really full. We travel all over the country to play these days. As far as a goal, towards the end of this year we are hoping to be back in the studio to record our new album. We are putting together songs and different tunes now we can consider. We’ve had a whole lot of success with our current one, so we’re going to make sure we keep our momentum going. Something to look forward to is meeting those folks who buy your records and merchandise and really love what you’re doing.”

You can see the Richard Lynch Band live at his Keepin’ It Country barn on his farm in Waynesville, Ohio. Stay up to date on music and performances at: