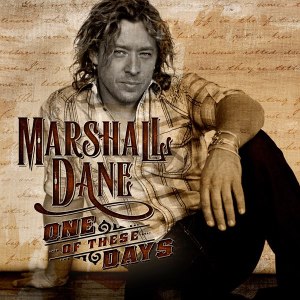 Canadian Country Artist, Marshall Dane’s infectious blend of country and rock will get your boots stomping on Saturday night and raising your hands up high in church on Sunday morning. Country by definition, but fueled by rock and roll with a watermelon-sized helping of hope, love and salvation, Marshall’s the kind of guy you want to have on your side when the going gets tough in this world and his album, One Of These Days is set to be your alibi.

Marshall’s latest album puts life back in to the swing of things, driven by melodies giving you a country rush right from the get-go. “‘One Of These Days’ is about how I deal with the curves life throws,” Marshall says, “It’s not really about where I’ve been but more so about where I am now…where I wanna go…and how I’m gonna get there, wherever ‘there’ is.”

Born in Southern Ontario, Marshall grazed on a rich fix of music, from the country sounds of his preacher dad, “He first taught me how to play ‘The Farmer’s Song’ on guitar,” through his mum in his own words, the strongest, toughest, hardest working woman he’s ever met, who played piano in the evenings to his four sisters and two brothers.

A. “I was fortunate enough to have a family that was very musical. My grandparents didn’t go anywhere without a fiddle and a guitar. My father went everywhere with a guitar. My mother and sisters played piano. I was always surrounded by music and lots of it. Not only was it in my blood and around me, but when I had my first gig at 15 years old, I knew right away I was in love with the concept of performing live as not just a hobby, but imagined if I could do this all the time for work. I felt it inside me I was going to be a musician full-time and for the rest of my life.” 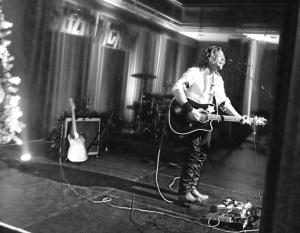 Q. Who played an important role in developing your career goals and making the decision to take fate into your own hands and move to Nashville to pursue a career in country music?

A. “Both of my folks, my father is a minister and my mother a devout Christian. Both of them in their own ways are extremely strong and at the same time extremely vulnerable. They have an amazing balance of humility and yet firmness. They didn’t necessary want me to be a musician for a living, but they always wanted me to succeed and do what my heart wanted me to do. I was able to take some of that tenacity they had and although I wasn’t going to be serving God for a full-time job, I was still going to do good work. My folks looked at whatever we do, we have to do it at our best and our fullest capacity with love. They see those qualities came through (in my career) and are proud of that, so they have always supported me in their own different kind of ways and each one has been responsible for the fortuity it takes to remain strong in this industry.”

Q. How did your parents serve as a positive influence to your career and song writing?

A. “More and more I find the influences of my parents’ spiritual upbringing permeating my writing.  Mostly the positive stuff like hope, love and kindness; you know, the fruitages of the spirit. There is an over abundance of emphasis on values. With both my folks, it was always about the golden rule or the Ten Commandments. Those thoughts creep into your songs and even if you don’t think they are, when you are influenced by it so much as a kid, next thing you know you are talking about spiritual expressions or you’re making spiritual comments inside a song. As a kid you think you’re not like my folks, then later you look back and think I am so much like them!” 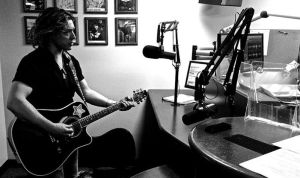 Q. Your song “One of these Days” is about dealing with the curves life throws. Can you tell me about how do you overcome any obstacles or setbacks in life and how your music plays a role?

A. “Life is filled with all kinds of challenges. Overcoming obstacles is not easy and everyone has their own way of trying to deal with stuff, but the bottom line at the end of the day is you got to have strength and you got to believe to try to make things better. That way when certain obstacles come up they are just more of a nuisance or more of an irritation, but they’re not going to bring you right down. I was brought up to believe there is always a light at the end of the tunnel, there’s always a way out. At the end of the day if there’s a problem, God can help you. That’s the way I was taught. There is always an answer and always forgiveness.” 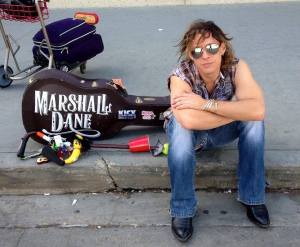 A. “One of my favorite moments was opening up for Alan Jackson. It was such a big stage and a big vibe. It was a hot day; we were being wrangled by security people in the back stage area. Allen Jackson is being escorted by security guards with necks the size of tree trunks. I remember being back stage getting ready to go on stage, sitting there thinking while looking at the Alan Jackson transport trucks, my friends tell me ‘you must have a really cool job’ and I would shrug it off like it’s a lot of work, but there are several moments like then when I am about to go on stage and I’m like, yep, this is what my friends always tell me, when they say ‘man, how cool is it?’ I can say, ‘it’s this cool!’ It’s pretty awesome, the night before that I was watching Keith Urban and interviewing him with the radio station. I got called to do a show with Reba McEntire. It’s neat to call my father up and say, ‘hey dad, I just got off the stage with Ricky Skaggs.’ All those names, I get to have a chance to play with and for.”

Q. At the beginning of a year, many people make resolutions or goals. Can you tell me some of your resolutions for 2015 and some goals you have for your career over the next year?

A. “My resolution this year was to try and be a better person. It sounds maybe a little a cliché, but did I cook enough meals last year and bring them to the homeless people I see in my town? I think I could have done more. Did I help out with charity as much? Did I help out my little nephew who has Tourette’s and needs an extra hand, needs a guy to come by and be a big brother a little bit more? Did I do enough of that? I like to think there’s more I could do. My goal is to look at my time and make sure there is a proper balance of how much you get and how much you give, not just because it feels good, but it’s the right thing to do. I could hit the gym as well and start eating healthier, but being kinder and not judging would be my resolutions this year.” 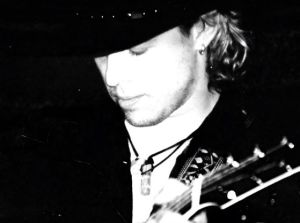 It is that sentiment that has led Marshall to give back to causes nearest to his heart: Stop A Bully fundraisers, Breast Cancer Awareness, Juvenile diabetes research and Children’s Make A Wish foundation, as well as helping with ALS research.

To learn more about Marshall and get information on his music and tour dates visit http://www.marshalldane.com.