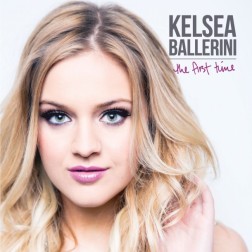 “Find what empowers you and do it. You legend,” says Kelsea Ballerini to her fans in a private VIP experience. Ballerini is now opening for Rascal Flatts  on their Rhythm and Roots tour. She recently made a stop in Cincinnati. Fans could purchase a VIP ticket to spend time with Ballerini before the show. The experience includes a private concert, Q&A session, photo and gift bag. Her authenticity and appreciation for her fans shines through.

Ballerini’s breakout hit, “Love Me Like You Mean It,” is just a taste of the country-pop sound in her imaginative catalog. The Knoxville, Tennessee native has dedicated the better part of the last decade to creating inspiring music, based on her life, to motivate others to live without fear of their emotions. Her full-length debut album, The First Time, has Ballerini’s credit behind every song. The album radiates positivity while exploring all facets of the human experience. 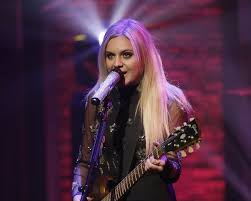 Ballerini’s refreshing approach to music is rooted in a vulnerable place. Turning to songwriting to help her through her parents’ divorce. “I grew up singing at church and glee club at my school. I didn’t start writing songs until I was 12 and it was my favorite thing ever,” Ballerini says, “Life got rocky…and this gift of songwriting just fell into my lap. It was literally this blessing that came at the perfect time. And for me, it’s always been that steady thing in my life that I can always go back to.” 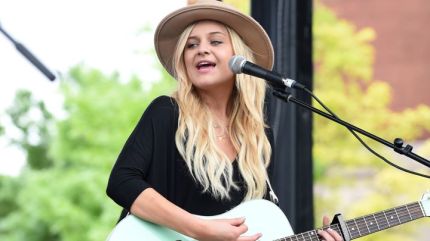 Songwriting propelled Ballerini forward. At age 15, she moved to Nashville with her mother to pursue music. Ballerini credits persistence to getting her voice heard. “I went to town not knowing anyone. I friended a bunch of people on Facebook that were in the music industry. I would post demos and videos of me singing a song. Someone working at my record label saw it and invited me in. I started there as a writer and wrote songs all the time. I quit school, and just wrote songs. Every time I had one I liked, I would go into his office and play them for him, until finally he was like, alright.”

Ballerini’s vision, ambition, natural talent, and genuinely positive personality became a buzz on Music Row. “I would meet with anyone that would meet with me,” Kelsea says. “I always approached meetings not expecting anything but just asking for advice. That way I never left disappointed.” 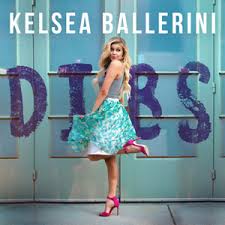 With a bold approach to life, Ballerini’s connection to her fans comes from an unapologetic authenticity. “Letting yourself feel whatever you need to feel, not protecting yourself from emotion and dealing with it is what makes people, people,” Ballerini says. “It’s what makes writers good writers. It’s important to me to be vulnerable and transparent, that’s when people relate to music best. It’s not sugarcoated and it’s not super pretty. It’s just real.”

Recently, Ballerini made her Grand Ole Opry debut and is currently co-headlining CMT’s inaugural “Next Women of Country” Tour. “Dreams do come true. I’m seeing it first hand. While I want to do it all, the arena tours and award shows, most of all, I just want to put out good music that matters.” Her album, The First Time, is Ballerini’s first big opportunity to do that. “When I signed the record deal, in my heart I thought, ‘what do you want to say to the world? Because now, there are people who are going to help you say it.’”

Here is a look at Ballerini entertaining and encouraging young children to believe in themselves and go after their dreams: 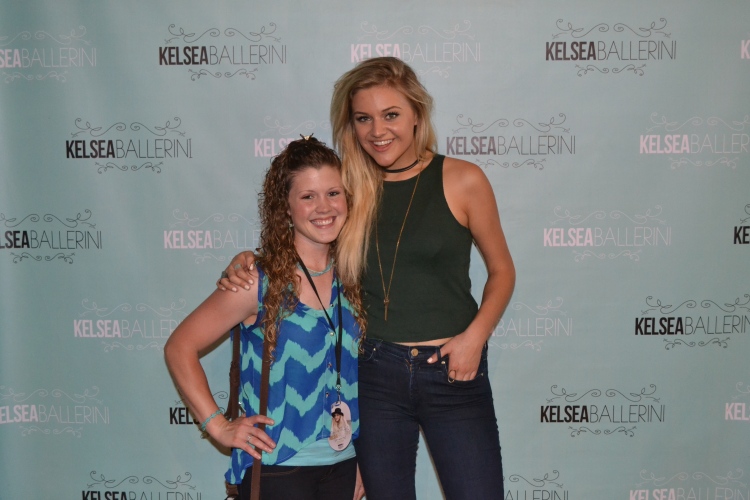 Connect with Kelsea Ballerini at www.kelseaballerini.com and follow her on social media to learn of all her music, shows and VIP experiences: