South Alabama country boy, Dustin Herring, went from kicking up dust on Saturday nights to playing under neon lights on Broadway. From riding on a tractor to writing about it in a song, Dustin is showing how to “outlast, outwork and out believe” in Nashville. His country roots will never change, his goal is to hunt, fish and song write everyday. Read on to learn his start in Music City and how his new hot single “It Ain’t Over” is set to reach high temperatures with all country music fans.

Leaving The Smell of Peanut Dust 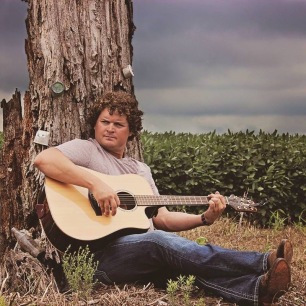 Dustin grew up on his family’s farm. Peanuts, cotton, corn and cattle taught him about hard work and gave him an appreciation of country life his song writing embodies today. It wasn’t easy for Dustin to leave farm life for the city, but when he picked up a guitar during his time studying Ag Business at Auburn University, he asked for a sign. “When my family decided to sell our farm in Alabama it was the push I needed. It wasn’t the way I wanted, but things happen for a reason. Now I use everything I learned from being in South Alabama and what embodies country life in song writing,” says Dustin.

Small Town Co-Writes in the City

His song writing shined through at the Country Showdown songwriting competition. After winning, Dustin made the move to Nashville and has made a family of co-writers all from Small Town USA. “Luckily I found people from similar backgrounds like Jarrett Hartness from Arkansas and Stephen Paul from Louisiana. We made a small group of friends from small towns, but we all wanted something different. Although we are from different states it feels like I’ve known them.”

Their combined backgrounds create natural songs about country life. “Songwriters up here that aren’t from the country or don’t know about dirt roads or tractors, have to guess about. Hunting and fishing isn’t an act, it’s what we really do in South Alabama. When we talk about granddaddy’s truck or dad’s tractor, we have lived it,” tells Dustin, “There’s nothing wrong if you don’t come from that, it’s just easier and natural to tell a story when you have seen, smelled and tasted everything.”

This Song Ain’t Over 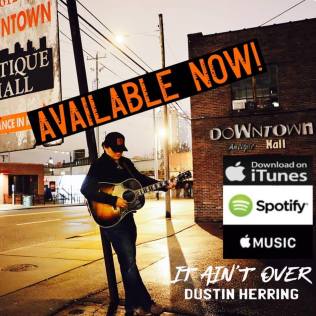 Dustin’s new single “It Ain’t Over” has been years in the making. The co-write started when Dustin came home from work one day and his buddy Jarrett Hartness had a song idea. Jarrett read out the first two verses, “The temperature said 95, but it wadn’t the only thing hot that night. As the stars came out and shown down on that hallow southern ground.” With tired eyes Dustin hesitated, but said alright to writing that night. “We wrote the whole first verse and got the chorus done, but we got stuck. We thought it was so good and didn’t want to mess it up so we took a break from it,” tells Dustin.

A few months later, Dustin and Jarrett turned to Brett Stafford Smith on guitar melodies, but the song still sat there for about a year. Then one day on the lawn mower, the song came into Dustin’s head. “The melody came into my head and all of a sudden these lines started coming to me. I didn’t want to forget it, so I got to the end of the row and shut the mower down to type out the lines (on my phone). Next thing I know I finished the song on the mower. It just took two and a half years to finish it.”

“It Ain’t Over” represents Dustin’s love for 90’s country and today’s rock country sounds. “Everybody that’s listened to it and given us feedback has said something different. Like they know what it’s like to still love somebody or remember Boone’s farm. They relate to it and the producer, Dave Smith, gets the style I am. I do love 90’s country, but I love the new stuff like Jason Aldean. It’s a mix between the old and new. It covers everything for everybody, if you like deep lyrics or heart break, but rock and roll at the same time,” describes Dustin.

The hard work hidden behind his music is the same as the hard work hidden behind harvest on the farm. “It’s only a three minute and thirty second song but it took three years to get to where you can push a button on iTunes and it’s on your phone,” says Dustin, “It’s like on the farm, everyone thinks you just go pick the cotton and you have a big bale and you’re set. Nobody sees all the stuff it took to get the land ready to putting out the fertilizer and planting. It’s a full circle… and that’s the most rewarding part when it’s all done.”

Outlast, Outwork and Out Believe 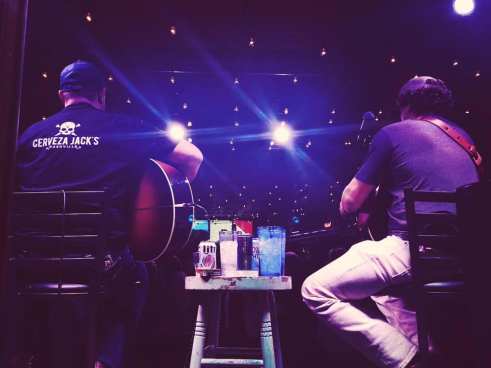 From taking a number and waiting in line in cold all night to getting shows every night of the week, Dustin has paid his dues.

“Back in the day, I was lucky if I could play one original show a week after standing in line and hoping my number got drawn at 1:30 in the morning to play for the sound guy. You have to pay your dues and hopefully they will remember you and move you up to 1 a.m. the next time. It takes time, you just have to outlast, outwork and out believe everyone else,” says Dustin. 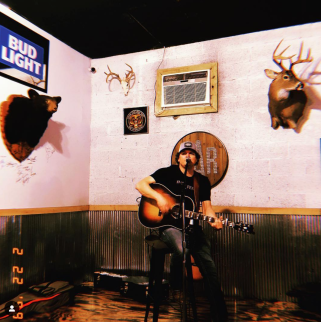 His advice for writing music is simple, “This has to be something you believe in so strongly that you can’t not do it,” says Dustin, “It doesn’t happen over night and you won’t see success right away. You have to be challenged and you have to go through hard stuff. That’s what makes you better, learn and grow.”

Dustin tells others not to wait on doing what they love in life. “There’s no better time to start than now. I wouldn’t recommend waiting because if you wait it’s putting you that much farther behind. Start learning now, once you make up your mind it’s what you want to do.” 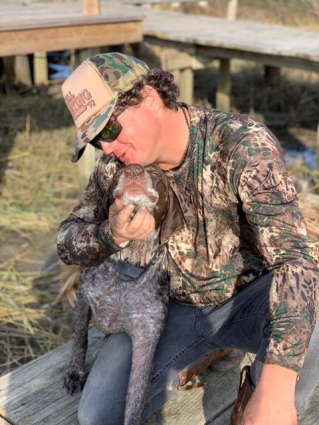 Dustin’s goal is to live his country life while writing songs to help people everyday. “I’d like to know my main job is to get up everyday and write. The best to me is when someone says your song meant so much to them. That’s what makes it worth the while and in all the hard times you feel like you’re doing this for a reason.”

Plans to go on the road and play for more people, won’t distract Dustin from his ultimate goal. “I want keep playing my songs and go on the road to play for bigger crowds, meet more people and let them hear my songs. At the end of the day, be able to hunt and fish, write, play, sing and have a good time.”

Listen to Dustin’s Music on iTunes, Spotify and Amazon Music. Follow Dustin on social media for new music and shows!

Dustin wants to know, what makes you country?