For better or for worse, Stewart and Holly of The Springs share their heartfelt story of how they met in their new single “I’m Gonna Love You”. Premiered during a time where many couples are spending more time together at home, the music video gives those in love hope for a future of growing old together. 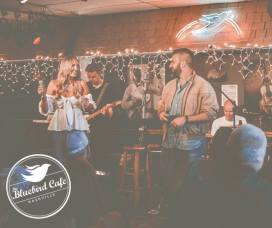 Reminiscing on how they met at The Bluebird Cafe in Nashville, The Springs sing of their promise to love each other no matter what happens. “I’m gonna love you, even when the lovin’s hard. Through the twists and the turns and the good and the bad, all the ups and the downs that we have, baby I’m gonna love you,” they sing to the soft simple melody.

Co-written with Ian McConnell and Lydia Dall, “I’m Gonna Love You” started with Stewart’s idea for the song, “I got the idea from a buddy of mine whose wife was pregnant. He had never been a dad before, and he said, ‘Boy or girl, I know we are going to love them.'” The song then grew into telling his own love story with wife Holly. 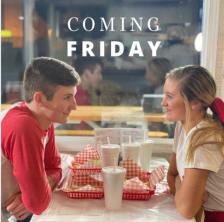 The music video was filmed at Snow White in Lebanon, Tennessee. The classic drive in was a perfect setting to show Stewart and Holly meeting young and growing older. In the video, Holly writes her phone number onto the receipt for Stewart. “Just like the second verse… the night we met at The Bluebird Cafe, Holly was there with another guy and the next time we were both there, we were together,” tells Stewart. 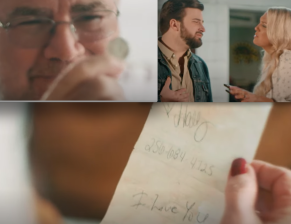 Their love story begins there and continues to growing a little older now married. Stewart still comes to the diner and plays a song on the jukebox convincing Holly to dance with him. As time passes Stewart’s dad plays his older self, still taking Holly back to eat at the place they met. He surprises her by pulling out the old receipt from his wallet and a dime to put in the jukebox again. 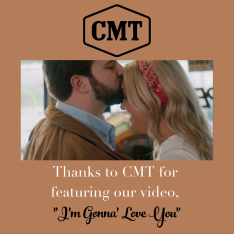 The behind the scenes video shows the fun they had filming it. Their families love the song, with Stewart’s parents driving seven hours to be there for one day of filming. Watch it below from their Facebook:

The Springs held a Facebook live with co-writers Ian and Lydia (who they also co-wrote “Sweet Spot” with) to talk all about writing the song into their own love story with a simple melody.

Listen to “I’m Gonna Love You” now on Spotify, Apple Music and YouTube. To learn more about The Springs read our full interview here: