Pennsylvanian Music Artist, Jiggley Jones, presents creativity for the heart and passion for the soul with his alternative blend of Americana, country and folk sound. Jiggley’s music represents life, hope and human nature for all to be moved by.

“His sound is so huge, it seems like it is everywhere and is as much coming to him as from him. He appears to be drawing in the sound while drawing in the listener,” former manager George Grauer said on the musical attitude encompassing award-winning singer and songwriter, Jiggley Jones. Now under the professional direction of MTS Management Group and Michael Stover, who says, “Jiggley has that one-of-a-kind sound I look for in an artist. His songs will touch you and move you with their beautiful lyrics and melodic strength.”

Jiggley’s Top 5 Roots Music Report debut EP, (#3, Americana/Roots Country, #3 True Country) No Spring Chicken includes the singles “Baby Blue” and “Ain’t That Alright,” and the accompanying videos received more than 300,000 combined YouTube views. Now, Jiggley has returned with his first album on Lamon Records Nashville, …A Mountain, A Struggle, A Tunnel, A Light… His First single and video, “Walk On Me” was released in April 2014. “The new direction will put me square down the middle of the Americana genre, a great place to be. Dave Moody has given me that slightly raw, organic sound that really pushes my vocals to the forefront. Fingers crossed, here we go!” Jiggley said. Whether alone or a member of various bands in the past, he has written or co-written more than 100 songs.

A. “It’s (his music career) been in segments. I went for a while doing the rock and roll thing. It burnt me out over time and I called it quits for a while. I started a family and lived a so-called normal life for a few years and decided to get back into it. It’s just something that’s in your blood, so this second go around started in 2007 with this Jiggley Jones project. It’s been quite a journey. This brings me back to my roots when I was young and the music I listened to. I’m not really straight country. I’m more alternative, Americana or folk. This music I’m doing now is more based off of what I grew up on.”

Q. What or who played an important role in developing your career goals and making the decision to take fate into your own hands to pursue a career in music and make dreams into a reality?

A. “It’s (his music career) one of those things you take one day at a time. It has to start with the love of music and it’s one of those things that are just in you. This business is such a competitive thing. The ups and downs are like an emotional roller coaster ride. You have to have perseverance. There has to be something way deep inside of you to keep that up, otherwise you’ll just fade away. It’s a rough ride and you really have to have a passion for it. As far as people influencing me with the support of my family, I have three kids and they love what I’m doing. Without the support at home I wouldn’t be able to do it. It’s all those things combined that allow you to chase after that (a career in music).”

Q. Your song “Walk on me” talks about the struggle of forgiveness. How do you deal with obstacles and setbacks in life and how does your music play a role?

A. “I’m just like anybody else, we’re all humans and we all struggle. The album is titled, …A Mountain, A Struggle, A Tunnel, A Light… It encompasses and is my metaphor for life. We all come across mountains and there’s always a struggle to get over those mountains and you’ll find a tunnel to go through half way up. Back to passion, I can always rely on music to be there for me. It’s something I can sink into when times are tough. It’s good to have something you can rely on to get you through the tough times, it just happens to be music for me. It’s good because music is about emotion and that emotion comes out in the songs.”

Q. In your songs “Baby Blue” and “Welcome Home” you talk about family and coming home. Can you tell me more about your musical inspirations about life?

A. “The things I usually write about are based off of life and children really bring it out in you. ‘Baby Blue’ was written when my son was born, it was inspired by his birth and the miracle of life itself. Things that come up in life are what create the emotion, at least in me, to write songs. A lot of times I generalize so other people can put their own story into it. ‘Welcome Home’ could mean all different things to different people. It could be for someone who is waiting on a loved one to come back from Iraq or it could be for someone who is just away for a weekend and that great feeling you get when you come home to your comfort zone. It touches on different things people can relate to.”

A. “You have to know going in this (a music career) it’s a lot of hard work. A lot of people don’t realize how difficult the music industry is. It depends on what you want to do with it. If you want to just have fun with it, get together with friends and strum, that’s great. If you really want to build into it, it’s a really difficult road. It doesn’t matter if you’re really good or not it’s still difficult. It’s hard to get people’s attention you need to. There are so many bands out there and so much social media involved. Going in, you have to realize it’s not going to be easy. If you know that going in, you’ll be prepared and put your helmet on so to speak and get down to business. You have to let your passion drive you for it to work. When you get to those difficult times there has to be that extra edge in you to put you over the top. It’s going to be a struggle at times, but you have to believe in yourself and that your music is that good. Even if some people might not like it, if you feel it’s good then keep going.”

A. “I’ve lived in Los Angeles and New York. I live three hours from New York right now, so I play up there quite often. It’s a cool experience. I’ve played in Nashville a bunch. The coolest experiences are going to these places where music is king. The buzz in these places is really invigorating. It’s very competitive, but everybody’s in the same boat, so you meet a lot of people who are involved in the same thing. Being in these mega (music) industry areas are cool to play music at.” 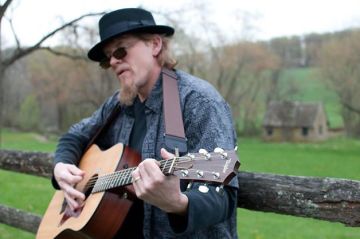 Q. Can you tell me some of your exciting plans for 2015 and some goals you have for your career over the next year?

A. “It’s going to be an interesting year for me because I had to sort of take a step back writing music. I’m planning on putting out an album, 10 to 12 songs, at the beginning of next year. It’s going to take me the whole year to put that together. My year is going to be spent doing live shows, but concentrating more on the creative side and getting the next record together. Even though I’m still pushing the last one, these things take time. It’s a lot of work and very time consuming, so I’m not going to be pushing myself promotional as much. I’m going to be taking a step back, putting the headphones on and picking up the guitar. It’s my favorite thing to do. I’m a creative artist, so leave me alone in my room and let me do this.”

Jiggley is nominated for the 2015 New Music Awards Country Breakthrough Artist of the Year, vote at http://newmusicweekly.com/?p=67223.

Jiggley will perform songs from his critically acclaimed album, ...A Mountain, a Struggle, a Tunnel, a Light.., as well as new material and old favorites, at Gettysburg Rocks 2015 on February 7, 2015 at 7 p.m. Jiggley joins acts like Silvertung, D-Bo, Ed Kaplan and more, who are donating their time and talents, during the three day festival to raise funds for Children’s Cancer organization, Four Diamonds Fund. For more information on Gettysburg Rocks, visit http://www.gburgrocks.com. 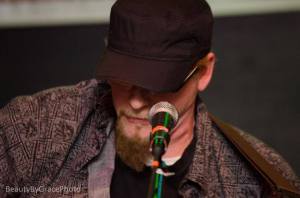 To learn more about Jiggley Jones and get information on his music and tour dates visit http://www.jiggleyjones.com.