When I am in the barn on Thanksgiving morning, I am truly thankful for my pigs and for farmers, who work each day to harvest food for the world. When we eat freely at the supper table and enjoy time with friends and family, I am truly thankful for those in military service. Ohio country music singer, Richard Lynch, conveys how thankful he is through traditional country music. Playing his music in the barn or on a long country drive will leave your heart feeling gratitude for our farmers and Veterans.

Raised on a farm, Richard was drawn to the sounds and stories in traditional country music. “Traditional country music and farm life go hand in hand. I’ve purchased my own farm, we have a barn where we bring Nashville artists and Grand Ole Opry stars to our farm June through October, one Saturday night a month,” he tells, “It’s been an inspiration to have my heroes come to the farm and perform with me, such as Leona Williams.” Learn more about his farm and musical inspirations from our first interview:

THE RICHARD LYNCH BAND IS KEEPIN’ IT COUNTRY, ENJOY COUNTRY MUSIC AS IT WAS MEANT TO BE 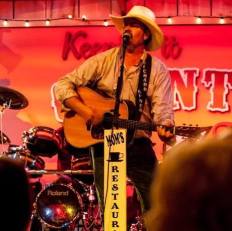 Fans resonate with Richard’s traditional sound and stories so much they request he write songs to raise awareness for causes. At a show in Michigan, Richard met a lady with a special request. “She said she really liked our music and asked if I wrote songs. I’m a farm boy, so it blew me away when she said she wanted to raise money and awareness of old barns that are disappearing. I thought about it and recorded a song called ‘Worth Saving’, it talks about barns and how people appreciate old barns,” tells Richard. 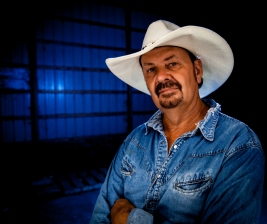 From there, the Barn Believers concert was born three years ago in Michigan and raised money for a farmer to help restore his barn. “Country music is diverse enough to where we can take the music and put it towards a good cause to help someone like a farmer or a Veteran,” explains Richard. 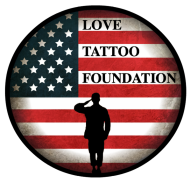 From the farm field to the battle field, Richard has a passion and respect for our military that is not to be taken lightly. He was humbled and honored to be asked to turn the “Love Tattoo” poem into a tribute song. “It’s important to me to support the men and women who serve our country. I was fortunate to have the song come my way, it was in the form of a poem and I was asked to put music to it and I added a chorus,” says Richard. 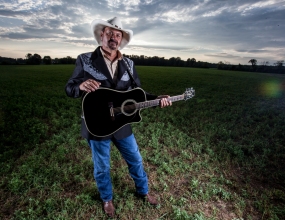 Richard shared the story of singing alongside musician and Veteran Ryan, who did three tours in Vietnam. “I’ve always been a fan of his. At the end of the show I performed the song (“Love Tattoo”) and I asked him if he would record together. He liked the song and we recorded it as a duet. All the proceeds from the sale go to help The American Legion Wilwin Lodge at Cygnet Cove in Michigan for Veterans. It’s important to give back to people I feel are deserving,” says Richard.

He performs a concert for Veterans at the Wilwin Lodge every first Saturday in August. “They are so humble and don’t ask for anything. They are so appreciative we raise money for this cause and they thank me. I appreciate them thanking me, but I tell them this is supposed to be for them. I’m doing this genuinely from the heart and want to give back,” says Richard. 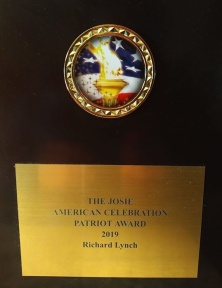 Now, he has been honored for his actions off the stage, as the recipient of a Josie American Celebration Patriot Award. Richard was acknowledged for his above and beyond support of Veterans, American farmers, and barn preservation. He was chosen from a field of 28 nominee submissions from fans around the world. The Patriot Award was given in a ceremony held on October 26th in Lebanon, TN. “I am very proud to be considered a Patriot for using my traditional country music to benefit our true patriotic heroes…our veterans!” says Richard. Learn more at americancelebrationtour.com

Richard lives the life he sings of and is full of dreams. “I always strive to be as good as I possibly can. I’ve been playing music for a long time, but still think there’s plenty to learn. I like being around musicians I can learn from,” says Richard. ” I’m always writing new songs, we just finished four brand new songs for a new album that will be released in the later part of 2020.” 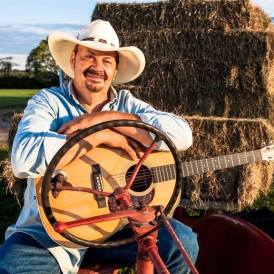 Richard is not only “Keepin’ It Country”, he is keepin’ his goals high. “Someday I would like to play at the Grand Ole Opry. What’s important to me is to be around people because I appreciate them, that they will buy a ticket or merchandise. There’s been people drive four to six hundred miles to come to one of our shows. I just want people to know how much I appreciate them doing that and I want to spend time with them at our shows. If they want an autograph or a conversation, I’ll stay as long as they want me to because I appreciate the folks that support what we do.”

To listen and purchase Richard’s music, learn about the many causes his music supports and support him at one of his shows visit richardlynchband.com/music.

He is currently promoting his Christmas single release, “I Saw Santa Fishin”, Listen on Spotify: